Before you continue, please understand that:

Prepare Your USCIS Form I-90 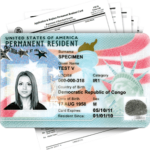 Prepare Your USCIS Form I-90 to Replace Permanent Resident Card

By the way, here’s something you should know before using our serviceIF YOU HAVEN’T NOTICED YET, WE ARE NOT A LAW FIRM AND ARE NOT AFFILIATED WITH ANY GOVERNMENT AGENCY. WE ARE A PRIVATELY OWNED WEBSITE PROVIDING EASY, SELF HELP ONLINE IMMIGRATION SOLUTIONS. PURCHASE PRICE DOES NOT INCLUDE GOVERNMENT FILING FEES. BLANK FORMS ARE AVAILABLE WITH INSTRUCTIONS FOR FREE FROM THE USCIS. Our software was built by immigration professionals and currently used by immigration attorneys. We pride ourselves in running the latest technology to make the immigration application process easy and secure. Our teams spend hundreds of hours every week improving how our systems work to make your experience the best it can be on any device. CUSTOMER SERVICE AGENTS ARE NOT LAWYERS AND WILL ONLY ANSWER QUESTIONS REGARDING BILLING OR OUR SOFTWARE. We’re sure the USCIS tries really hard to make the immigration process easier for you, we’re just here to do it better. The choice is yours!

What are the government fees to renew or replace a Green Card?

The following is a breakdown of the government fees typically associated with Form I-90:

Renewing or Replacing a Green Card using Form I-90

Your Green Card is an accomplishment, so it’s worth carrying. But also, not having a valid copy with you at all times can cause problems. You never know when your job may require a new photocopy of the card. It’s also a misdemeanor to not carry it at all times. Permanent residents use Form I-90, Application to Replace Permanent Resident Card to request a new version of their existing Green Card.

Conditional permanent residents sometimes use Form I-90, but not to extend, renew, or remove conditions.

When can permanent residents use Form I-90?

Permanent residents who have a regular Green Card can file Form I-90 for the following reasons:

Permanent residents also use Form I-90 to request new versions of Green Cards when taking up or leaving commuter status, turning 14 years of age, or because USCIS automatically made them a permanent resident.

When do conditional permanent residents use Form i-90?

Permanent residents who have a conditional Green Card use Form I-90 for the following reasons:

It is possible for USCIS to refuse to replace a Green Card, for example, if an applicant doesn’t present requested information, doesn’t attend a biometrics appointment, has been convicted of a certain crime, the reason the applicant was given the Green Card no longer exists, etc. When this happens, USCIS notifies the applicant of the reason for the decision and if they can request reconsideration.

How long does it take to renew or replace a Green Card?

After filing Form I-90 it may take several months or more to receive your new Green Card. This is why it is very important to file as soon as the card is lost, stolen or damaged, or in advance of your Green Card’s expiration.